A continuum of care for children, adolescents and their families

Welcome to Hillside, where every day is a new day and a new beginning. Since our beginning in 1888, Hillside’s mission has been to help children and families thrive by providing outstanding residential and community mental health services. Our programs focus on the strengths of our kids and encourage the growth and improvement they need to navigate through life. Hillside provides specialized cutting edge behavioral treatment and education to children and their families.

Children can face a variety of mental health challenges that are often exacerbated as they enter adolescence. Some of these issues can severely affect the child’s ability to learn and succeed in school, and some can even manifest as life-threatening behaviors which may include having suicidal thoughts and gestures. Parents can be blindsided and ill-equipped to deal with these situations on their own, and every child is different and faces different challenges on their way to adulthood.

Every child at Hillside follows a course of treatment specially designed for them and in the least restrictive program possible, which makes Hillside unique among residential treatment centers for teenagers. Our continuum allows children and their families to move along our programming of Residential, Day Programming/Partial Hospitalization and Intensive Outpatient services. 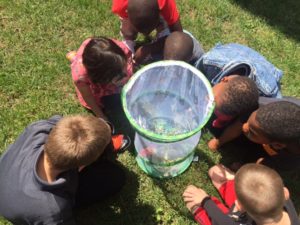 Founded in January 1888, Hillside is one of Atlanta’s oldest nonprofit organizations. It began as a shelter for homeless women and needy children through the efforts of a sponsoring group of women led by Mrs. Levi Nelson, Mrs. Edgar McBurney, and Mrs. J.P. Averill.

The home, which was to become Hillside, was initially named Home for the Friendless and operated from a ten-room house in Downtown Atlanta. The home cared for women, children, and newborn babies. Foster care placements and adoptions were also arranged as needed.

Space quickly became inadequate, and the home moved in 1889 to a house at Peters and Fair Streets, and then again in 1892 to a site at Highland Avenue and Randolph Street.

As other agencies were formed to care for adults, the Home for the Friendless became exclusively a shelter for school-aged children. In the 1920’s the home made a number of improvements necessary to bring the program into compliance with a new set of child welfare standards, which were developing nationally.

During this time, the Kiwanis Club became interested in the home, through the efforts of Mrs. McBurney. The Kiwanians made financial contributions to help bring the home up to the national standards and to help enhance the life experiences of the children in care.

As the home grew, it needed more space. In 1926, eight acres of rolling woodland at 690 Courtenay Drive were purchased, and a contest was held to select a new name for the home. Mrs. Mabel Walker suggested the name Hillside Cottages, which was chosen as the new name along with the tag line “A friendly home for children.”

The Kiwanis Club of Atlanta donated the funds to build the first of the Hillside Cottages. It was completed in 1927, today serves as residence for young boys, and is still known as the Kiwanis Cottage.

Just as Hillside’s location and facilities have changed over time, the mission of serving the most needy children has also evolved. Today Hillside operates as a private, nonprofit organization offering a continuum of services for children and adolescents struggling with emotional and behavioral issues.

Still located on Courtenay Drive in the Morningside neighborhood near Midtown Atlanta, Hillside’s campus has grown with the expansion of an additional five acres of land next door to its original campus and bordering Monroe Drive. Hillside now has a 13-acre campus that houses its Residential treatment program, administration offices, Treatment foster care offices, and Community programs offices.

Since our beginning in 1888, Hillside’s mission has been to help children and families thrive by providing outstanding residential and community mental health services.

Our Residential Program, Community Intervention Program, and Day Treatment and Intensive Outpatient all keep focus on the strengths of our children and therefore encourage the growth and improvement they need to become future self-sustaining citizens. 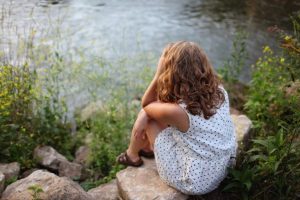 Hillside provides numerous treatment options for young people experiencing difficulties with emotional and behavioral issues. Hillside’s primary treatment modality is Dialectical Behavior Therapy (DBT), and our therapists are intensively trained in DBT. Additionally, all adjunct staff has extensive DBT training. Hillside is the first residential treatment program in the nation to be certified by the DBT-Linehan Board of Certification as a DBT- Linehan Board of Certification, Certified Program™.

DBT is a cognitive behavioral psychotherapy originally developed by Dr. Marsha Linehan, Ph.D, ABPP in the late 1980s to treat women with borderline personality disorder. DBT effectiveness in helping people with severe mood dysregulation — having a low threshold for emotional arousal and requiring more time to de-escalate — lends itself as an incredibly effective treatment for helping broader population, beyond borderline personality disorder, who suffers from difficulty in emotion regulation. DBT has been generalized as a modality to treat clients with different diagnosis and demographics. At Hillside, we find success in using DBT with our teens clients.

Additional primary treatment modalities include cutting-edge specialty modalities such as Theraplay®, Horticulture Therapy, Cognitively-Based Compassion Training (CBCT®), and Expressive Art. These are all evidence-based therapy options available as part of our residential treatment programs. Combining recreational activities with psychotherapy is the best way to help teens incorporate the strategies they learn into real-world situations. Our highly specialized staff recognize how important it is to understand the needs of the children and adolescents we serve, as well as their families and communities.